Never leave well enough alone. Nothing is sacred. These adages give voice to the creative mischief division of Glowing Heads, and mischief comes in many shapes and sizes. A sizeable measure of it happened in the wee hours of a spring morning when a city park, under construction, was impishly named after a friend. The dedication sign looked official, with galvanized U-channel post, park-service colors, and credible design—a convincing hoax. Parks and Recreation staff scratched their heads for months before the sign was bulldozed. Small measures of mischief might include a gift bag of gourmet jelly beans, complete with a handcrafted label that features, and names, each bean: Velveeta, Knockwurst, Shrimp Cocktail, Tongue, Leek, Cornflakes and Milk, or a pair of Apocalypse Center stigmata gloves, aptly marked with bleeding stoma and packaged with a label bearing a noted saint's stigmata story. (Collect them all!)

Envision an outdoor porch outfitted with a long string of illuminated doll heads; a flight of red-lacquered devil babies soaring on a wall; a set of stairs, each riser painted artfully with words; a giant graffiti'd bee peering in a faux window; idiosyncratic dinner menus; or exquisite corpses printed and illustrated in handmade books. Consider a word game using letter tiles to develop a theme, called Freestyle WordStew (one can even use an E as an M!); a curious amusement made from 64 découpaged wood blocks set in a distressed pine platform called Red Conundrum; or a beguiling memory game, like pairs, composed of striking art cards—paying homage to trees. Follow the devilish exploits of the Bad Babies as they play with matches or gorge on cupcakes. Visit quirky still-life fabrications that materialize without warning around Apocalypse Center: a headless doll with a flashing crotch, or an oversized hand preserved in a jar on the kitchen counter. Discover the latest addition to the 21-Up Wall, from iconic street art to the Concorde in flames. Let down your hair, brainstorm, break some rules, play impulsive word games, run amok, embrace the irrational, put a little creative mischief in your life! 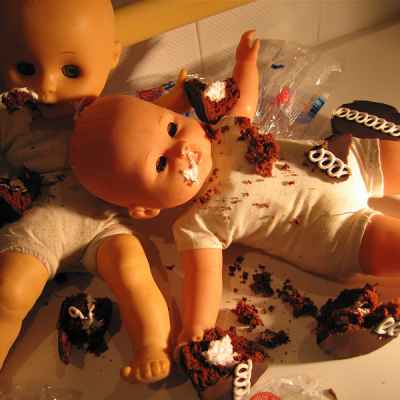 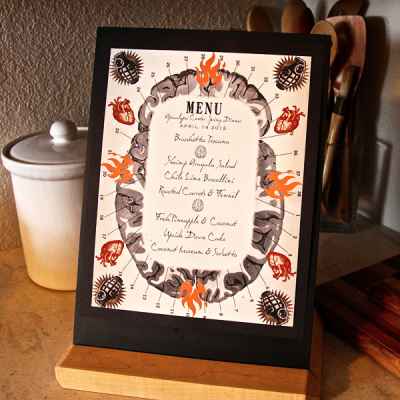 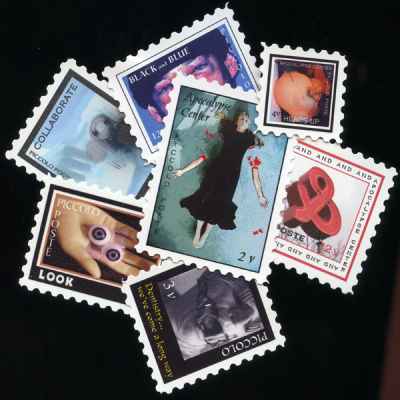 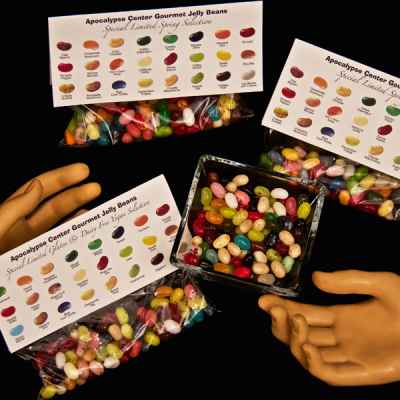 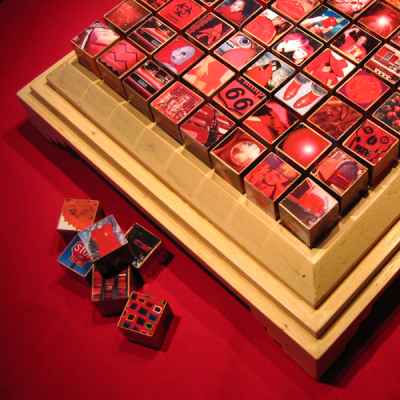 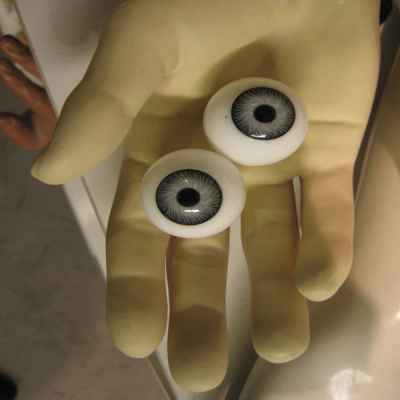 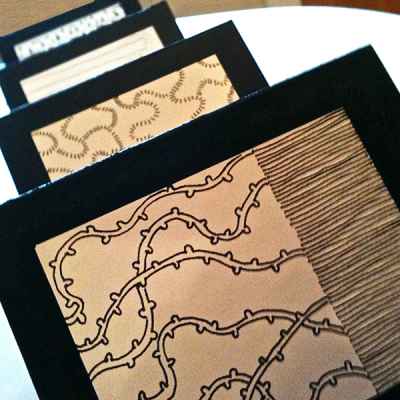 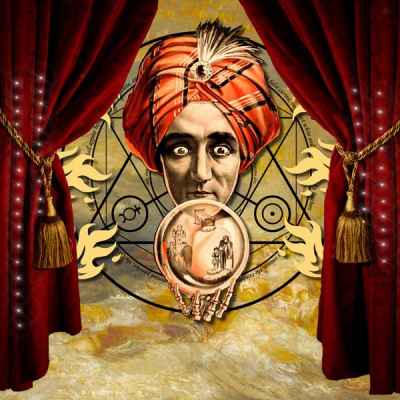